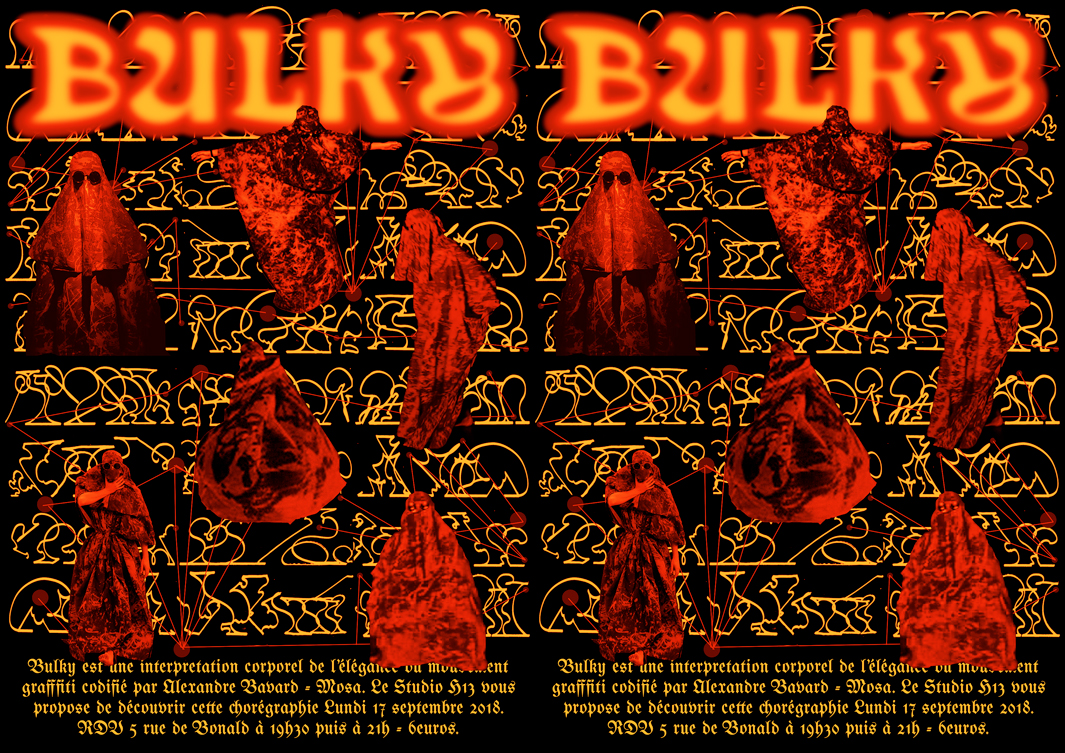 As part of La Biennale de la Danse of Lyon, we are very proud tou anounce our collaboration with Alexandre Bavard, also known as MOSA with the choregraphy for 10 dancers “BULKY”.

Codified and explain on poster and zines, the complexe system Bulky is a choregraphy conveyed by mouvement of sprayed letters on wall.

Music and costumes were made by the artiste himself or in collaboration with Hugi Douster or Emmanuelle Soum for example.
Already viewed at Palais de Tokyo, TED, or Batt Coop, the dance performance BULKY has also been performed in the street of Paris before Studio H13.